Sprovieri is pleased to present the third London exhibition of the Russian Conceptualist Pavel Pepperstein. The exhibition comprises a series of new drawings entitled Gigantomania.

The central theme of this body of work is the idea of monumentality. Pepperstein employs monumentality as a condition for perpetuating the power of what is being represented. He uses the concept of Gigantomania as a metonym for monumentality. Gigantomania is the creation of abnormally large works and a feature of totalitarian architecture that has dominated Soviet culture. It characterizes the attempt of Soviet rulers to prove the superiority of the socialist system by erecting colossal buildings and enormous sculptures. Pepperstein sees this sort of monumentality as an omnipresent haunting relic that conditions the relationship between history and culture and distorts perceptions of the past. He is mainly interested in the hybridity of culture and social discourse that consumerism and ‘Americanism’ have provoked since the late 1980s. His practice developed especially around the fall of the Soviet block when new ideologies were taking shape in Russia. His ideas were born out of a nebulous void created within Russian culture. Together with two fellow artists he founded the group Inspection Medical Hermeneutics that concentrated on the search for remedies and protection against the Western evil spirit.

The drawings in the exhibition, executed in watercolour and ink, illustrate images of gigantified media icons and important historical figures such as Sigmund Freud, Jesus Christ and Marilyn Monroe. Pepperstein is merging high and low culture under the umbrella of fairy tale scenes. We see a Marilyn out of proportions, rising in a statuesque gesture over a city of the future. The overall atmosphere of these works is partly comical, partly satirical, constantly playing on the borderline of reality and fantasy. In a recollection of his dreams, Pepperstein offers a key to the deciphering of his works on monumentality and gigantomania:

“I think to myself that they (statues) are too heavy for this thin floor. They could easily fall through the floor, and I wonder why that hasn’t happened already. And then I realized that their shadows are holding them in place.”

Gigantomania thus becomes a collection of portraits of the shadows that still hold these characters in place within a constantly expanding global culture. 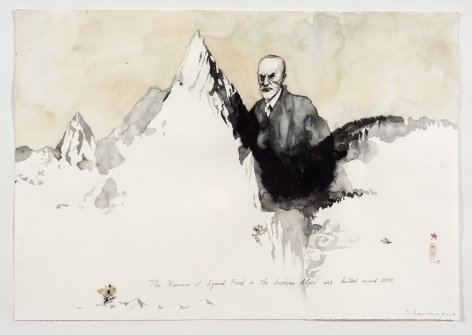 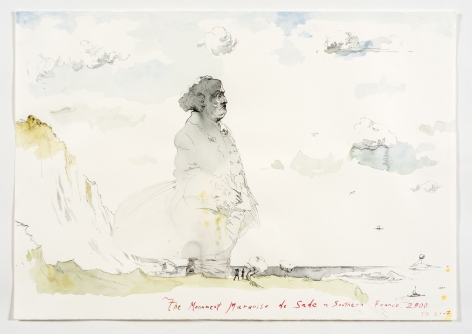 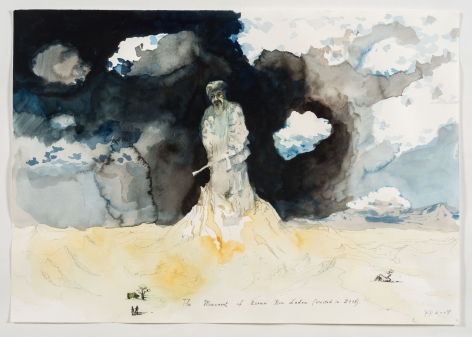 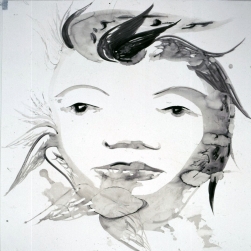