Spanning twenty years of his career, the exhibition is a survey of the artist’s latest production, displaying works created between 1986 and 2000.

Staged scenes both document a part of our history - the contingency of the poor and homeless left behind after the demise of the Soviet Union ('Case History' and 'Look at Me I look at Water’) - and illustrate the contemporary society exploring ironically subjects such as beauty, photo modelling and sports ('I am not I' and 'Football').

Additionally, during Frieze Masters, as part of the Spotlight section Sprovieri will present a selection of works from Mikhailov’s series ‘Yesterday’s Sandwich’, 1966-68. Conceived and taken in the late 1960s this body of works is comprising of striking photographs where the super-imposition and juxtaposition of images create a surreal fusion between real and imagined. The works could only be printed from 2006 due to the restrictions imposed during the Communist regime and therefore, are a precious document of history and art.

Since the mid 1960s, Boris Mikhailov has explored photography’s full range of possibilities and produced an uncompromising yet ironically humorous portrait of his close surroundings.

His tireless investigations into photographic techniques and stylistic means, as well as his frequent alternation between conceptual and documentary work have contributed to make Mikhailov one of the most influential photographers living today.

the 1999 Krazna-Krausz Photography Book Award for ‘Case History’. Mikhailov participated in the Venice Biennial collateral projects in 2011 and represented Ukraine at the 2007 Venice Biennial. 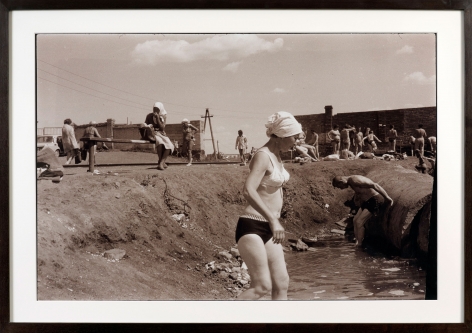 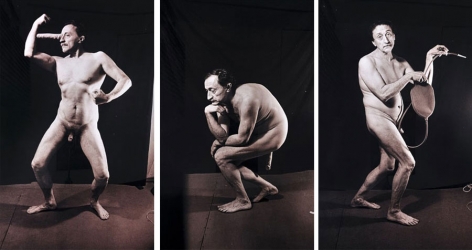 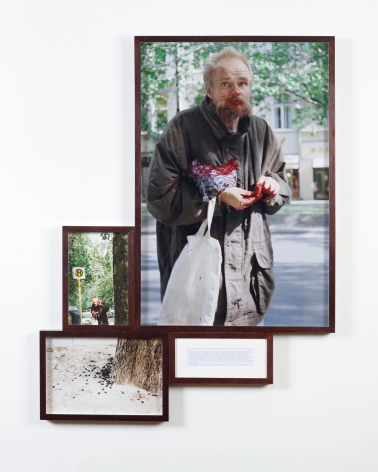 Boris Mikhailov
Man with Cherries from Look At Me I Look At Water series, 1999
c-print and paper
115 x 78 cm
edition of 7 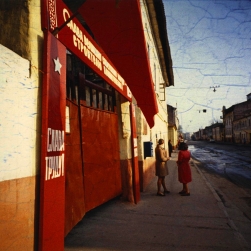